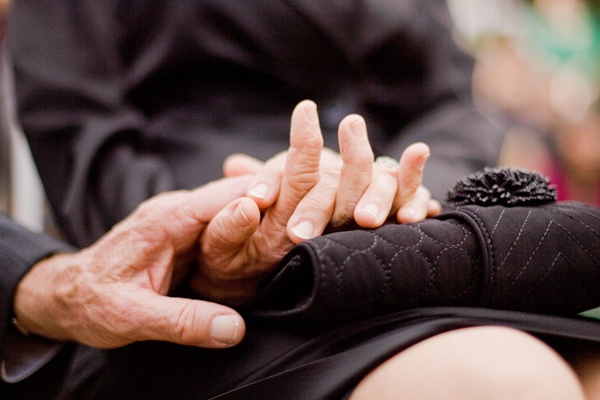 We Provide Home Care in Ladue

Ladue, MO is an esteemed and highly desirable inner-ring suburb.  Ladue is full of stately homes and upscale shops.  Nearby communities include Clayton,  Frontenac and Olivette, MO.

For more than thirty-three (33) years, StaffLink has continued to offer a wide variety of non-medical home care and medical (RNs, LPNs) home care services and private duty nursing options to residents in Ladue, MO and the surrounding suburbs.   We offer expected and desired services, such as meal preparation, bathing, dressing assistance and errands.  In addition, we uniquely offer home care programs tailored to address specific needs of individual clients.  To learn about our unique program and other types of services offered visit https://www.stafflinkusa.com/our-unique-program-differentiator or https://www.stafflinkusa.com/types-of-services/

Use Form Below for Info & Pricing 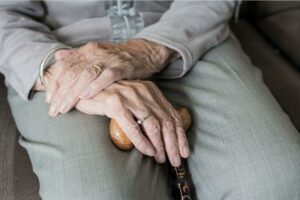 The largest client group that StaffLink services are seniors, individuals who are 65 or above.  A significant portion of these seniors are 85, 90, 95 years old or  older.  Over our thirty two (32) years of service, we have been care providers to more than one client that has celebrated a 100 year birthday!

At StaffLink you will find seasoned experts in senior care management and in-home care.

As we shared in “Our Journey”, our administrative team has more than 150 years collectively in providing home care services, primarily seniors.  Our Certified Care Manager, Pam Stone, is certified by the Aging Life Care Association, an association that focuses on addressing the needs of seniors.

StaffLink cannot replace the love and support your family provides to your senior.  Our goal is to assist and support you in your caregiving journey.  As we stated in our mission statement, our goal is to help you “experience peace of mind” by including our team in your landscape of family caregiving.

Common in-home care needs and situations that we have encountered and are prepared to address are as follows: 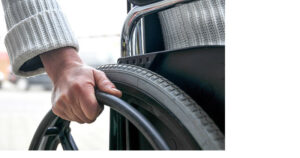 Over our 32 years StaffLink has serviced many adults between 21-65 years of age.

Most of our adult clients are high functioning individuals that have a relatively active social life and frequently hold jobs outside their homes. Our adult home care services are frequently required because of impaired mobility due to an injury or accident that occurred later in life.  These adult clients may not leave the home as frequently due to their current impairment or diagnosis.

A significant portion of our long-term adult clients through the years have been individuals who acquired a spinal cord injury at work and whose caregiving services were being paid through worker’s compensation insurance.  Clients have included police officers, sports professionals, and construction workers.  We worked closely with the clients and their families, in coordination with their worker’s compensation case managers, to provide required in-home care services.

StaffLink frequently provided support to adult clients that were college students.  We provided assistance both getting ready in the morning and preparing for bed at night.

With one particular student, Stafflink provided the same “live-in” attendant for three years while he attended college in Washington D.C.  One of our biggest challenges was getting the two of them to make time to visit the nurse at the student health center to get the required nursing assessment completed for his payor source!  He has since graduated, obtained a law degree, got married, and is living out West.

StaffLink’s goal is to provide you with the required in-home care support and assistance so that you can experience life to the fullest. We hope our presence and caregiving services increase both your confidence and ability to pursue your best life.

Common adult care issues and situations that we have encountered and are prepared to address with in-home care are as follows:

We are able to customize a care plan to your needs. Please contact us and let us know how we might help you! 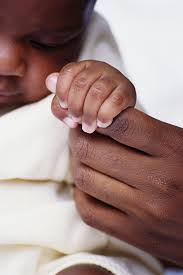 Our staff will provide one-on-one hourly in-home care coverage on shorter shifts or can provide care up to 24-hours a day. Your care plan and delivery schedule is customized for your child.

Input from your child’s physician, caseworker and you are all important to developing this care plan. We understand the unique challenges and stresses surrounding parenting and caring for a medically fragile or disabled child. Our administrative and nursing staff are here to support you in that effort by providing the necessary professional care required. 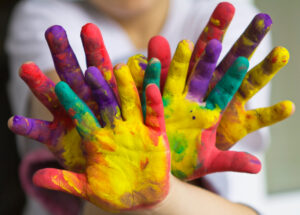 Our Medically Fragile and Disabled Clients frequently have one of the following diagnoses:

We recognize that professional in-home care eliminates one of the barriers to your child remaining in your home. It also helps you achieve a primary goal for your child- living life to the fullest. 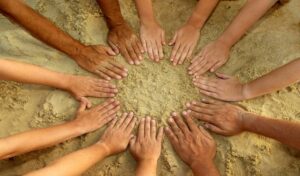 Since the late 1990s StaffLink has recruited and hired caregivers to meet the in-home care needs of individuals who do not speak English.

We have recruited and hired caregivers that may not speak English, but do speak the native tongues of our immigrant clients.

The Bosnian community is the largest,  re-settled immigrant population in the region.  There are 40,000-50,000 Bosnian immigrants in the St. Louis metro and nearby communities. StaffLink has a Bosnian translator and service coordinator available 7 days a week by phone.

Others languages spoken by our multilingual in-home caregivers include, but are not limited to

To ask about the availability of a caregiver that speaks the native tongue of a person in need of home care assistance, please call the StaffLink office . 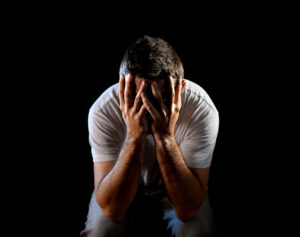 When you think of in-home care needs, you may visualize physical disabilities, injuries or illnesses. However, mental health is an important part of our well-being and does directly affect our overall health. Mental illness can occur at any age. Mental health issues affect a person’s feelings, thinking and behavior.

The National Institute of Mental Health says that approximately one in four adults have a diagnosable mental health issue, a little over 5 percent have a serious mental health impairment that significantly impairs their daily lives.

There are various treatment and support options for persons with mental health issues. When appropriate counseling and a medication plan might be prescribed.  Treatment can help a person often return to normal life and activities.

Our non-medical or medical in-home caregivers can support the treatment of individuals and help them with the management of daily life. Because a mentally ill person’s feelings, thinking and behavior are affected by their disease, they can often benefit from our caregivers assistance in the areas of:

It is very rewarding to see an individual regain their footing and lead a fuller life.

Has normal aging, a disability, an impairment, travel anxiety or simply a unique travel situation made travel challenging or impossible? Are you looking for a non-medical or medical travel escort or companion to provide assistance during your or a family members’ next trip? Could you benefit from travel assistance on an airline flight, train trip, cruise, tour or medical tourism trip? Would you like to have a non-medical or medical bi-lingual travel companion?

StaffLink’s “Care-On-The-Go” could be your solution! “Care-On-The Go” removes barriers to traveling for those facing obstacles. Go spend the holidays with your daughter in Seattle! Go to your grandson’s graduate in Phoenix! Attend your great-nephew’s destination wedding in the Caribbean’s! Go ahead, leave the country and have that medical procedure done that you have been delaying having done for years!

Our travel companions will pick you up at your home or meet you at your departure terminal. We will provide travel assistance with and throughout your trip – from baggage handling, check-in, security and travel transit–everything you need to get safely and comfortably to your chosen destination. If desired, our travel companions will remain with you throughout your entire trip, providing the necessary hand-on assistance and reassurance from beginning to end. Our service will be tailored to suit your unique travel needs. Our non-medical travel companions have professional experience as Nannies, Caregivers and sophisticated business travelers. Our medical travel companions have professional experience as, Paramedics and as Licensed Practical Nurses (LPNs) or Registered Nurses (RNs).

“IN-HOME CARE” IS NOT ALWAYS IN THE HOME.

Stafflink will deliver private duty in-home care support to you in a variety of settings. You see, people who need caregiving are not always at home.  Regardless, to where you are spending your nights, we are there to support you in feeling secure and supported.   We will provide caregiving to you

You are not alone if you want to live out your years in your private, long-term home.  85 percent of seniors say they want to live out their years in their home.  You may be surprised to hear, that with home care assistance you can do this even at an increasing level of debilitation for the same cost range as moving into a nursing home. If you could stay in your home for the same cost, would you?  StaffLink wants to make sure that your senior years are “golden”.  We will provide you with the assistance and supervision that help you stay safe in a familiar environment.

At your Independent or Assisted Living Residence

Independent living communities and assisted living facilities have strict parameters regarding the minimum acceptable individual "abilities" of a resident that wishes to remain in their building.   If you have already made the transition to an Independent or Assisted Living residence, StaffLink's additional support will ensure that you can remain where you are even as you are experiencing a decline in your abilities Don't make your next move without calling us!

In the Nursing Home or Rehab Unit

Rather you or your senior family member are in the rehab unit for a short- term stay or are in the nursing home for a longer stay, it is not unusual for families to hire private duty caregivers to augment care and ensure prompt attention.  We have serviced families that have augmented care for 24/7 for months and others who have utilized services for nights only for several days.

The St. Louis and eastern Missouri community is blessed with amazing acute care facilities.  Sometimes a person is anxious or has a specific concern about being in the hospital.   Utilizing the services of our RNs, LPNs or CNAs might be the right medicine to address your or your loved ones' anxiety or fear

The History of Ladue, MO

Once automobiles replaced horse and wagon as the primary mode of transportation, farmers in the area began selling portions of their land to city workers who wished to live outside of the urban setting.

Three small villages (Village of LaDue, Village of Deer Creek, and the Village of McKnight) merged in 1936 to become what is now known as Ladue.

Ladue was named from Ladue Road, the main thoroughfare in the area that led from St. Louis City to wealthy entrepreneur Peter Albert LaDue's large property at the current intersection of Warson Road and Ladue Road (including St. Louis Country Club).

Peter Albert LaDue was born in Kinderhook, New York, in 1821, a descendant of Pierre LaDoux, who arrived from France in the 1600s.

He arrived in Saint Louis about 1848 and later became a prominent attorney, alderman, and banker and land speculator.